Walk through History – The Broadway Pier 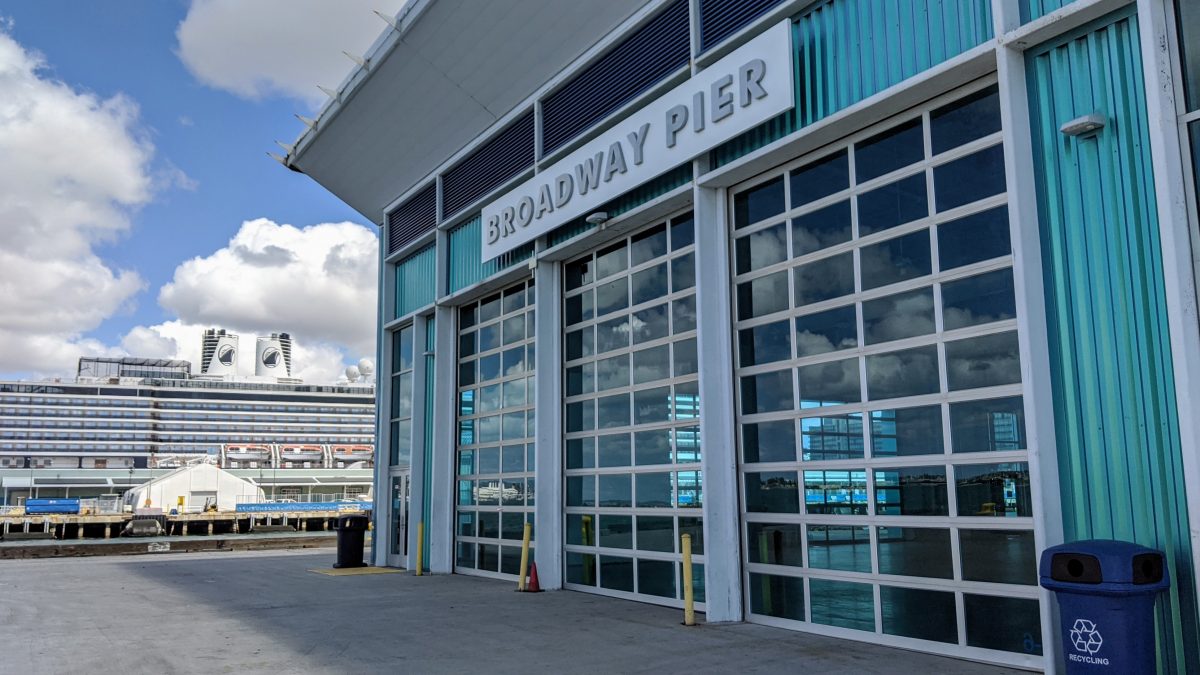 Arriving at the Pier:

Once the current conditions are resolved and we’re cleared to be out of doors again, the Broadway Pier is worth checking out for those interested in history, maps, and fresh salt air.

The Pier is located at the west end of Broadway at N Harbor Drive, a short walk from the trolley and the courthouse district downtown. If you’re arriving by car, parking is (normally) available just north at the County Center Building or to the south at Tuna Wharf Park just past the USS Midway.

Originally built in the 1910s when the land between Pacific Highway and Harbor Drive was filled in, the Broadway Pier was rebuilt and expanded in 2012 with the return of cruise ships to San Diego. The Pier now holds the Port Pavilion, a LEED Gold certified building that operates as an overflow cruise ship terminal when multiple ships are in port at the same time.

For history buffs, check out the south side of the Port Pavilion Building. This area is covered with a series of brass plaques set into the pier which tells the story of San Diego Bay, from the original Kumeyaay inhabitants through modern dredging projects.

Maps on the Pier:

The far end of the pier will be a treat for those with an interest in maps. Painted on to the surface of the pier are three maps covering the history of San Diego Bay – one from the Spanish era showing Old Town, one from WWII, and another from 2012 when the pier was rebuilt. During normal times, there are tables and chairs set up at the end of the pier, perfect for watching sunsets and sailboats on the bay.

Figure 4. Maps of San Diego Bay on the Broadway Pier

For more information about the Broadway Pier, the Port Pavilion, and other things to do and see along the Embarcadero, see the Port of San Diego’s website: https://www.portofsandiego.org/wonderfront/embarcadero/port-pavilion.