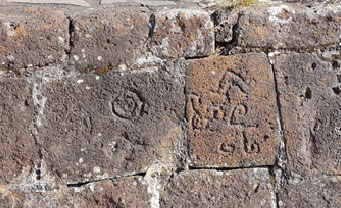 Do you remember visiting that archaeological site where you were just in awe of the place and the experience influenced you to make archaeology part of your life?

Standing at the base of a yácata, or one of the five rounded pyramids situated on the banks of Lake Pátzcuaro in central México, I wondered about the people who built them and about their ancestors that lived in the neighboring community to present day.

I cried, I kid you not, I was so impressed and excited to visit the site I had read so much about.

From books to booking a trip:

My first visit to Tzintzuntzan in 2006, place of the colibri, or hummingbird in Purepecha, was inspired by a book I read in a cultural anthropology of Latin America course at UCSD. The book by George Foster in the 1960s called Tzintzuntzan: Mexican Peasants in a Changing World, delves into his theory of Limited Good that fascinated me and as an ethnographer at the time, I wanted to visit the place where Foster worked.

I visited the archaeological site and made friends with people from the community over several months during the summer of 2006. In 2008 and 2009, after completing my undergraduate degree, I lived in Morelia, a large city 30 minutes away from Tzintzuntzan, and would drive to the site a couple of times a month to wander, study it, feel its serenity and strength.

Tzinzuntzan was the center of the Tarascan state, the empire of the Purépecha, who were fierce rivals of the Aztecs and managed to keep them out of their territory until the Spanish arrived. The center dates between 1450-1522AD and was the seat of government, religious and economic power. The royal home of the Gran Señor Águila (Great Eagle Sire) was in the ceremonial center. The population was very large at the time of the Spanish arrival, said to be one of the biggest, but the town is not very large today. The first archaeological investigation into the site started in 1930 and studies have been ongoing through the decades.

There is a nicely curated museum on site with a collection of artifacts from the excavations and a few explanatory videos. The site is mostly empty of visitors and I think that is due to the draw of larger archeological sites in Mexico that people from abroad visit first.

Purepecha that live in the community today are mostly craftspeople who make traditional wares to sell to Mexican tourists in town or at a larger marketplace in neighboring Pátzcuaro.

My last visit to Tzintzuntzan was in February 2019 when I brought my partner to visit my special place and he was really taken by its beauty too. It was just as I remembered it from a decade before. There is a small informal marketplace at the entrance to the archaeological center now and I purchased a ceramic vase with hummingbirds painted on it to commemorate our trip.

The ceremonial site is host to a cultural festival put on by the municipality to celebrate the new year and the region is famous for its Day of the Dead celebrations. I highly encourage others to visit Tzinztuntzan and the surrounding region – you will not be disappointed.

This article was written by PanGIS Staff, Kris Reinicke, and was featured in the San Diego County Archaeological Society Newsletter